The Sardine Run is an epic wildlife event. Billion of sardines migrate northward along the South African coast following a current of cold water coming from the Agulhas Bank. The run begins when the water temperature drops below 21° C. The huge migration attracts thousands of dolphins, sharks, game fish, seagulls, and different species of whales.

During the Sardine Run the shoals can be more than 7 km long, 1.5 km wide and 30 meters deep and it is visible from ultralight planes.

The Sardine Run starts in the waters of Agulhas Bank, shallow part of the southern African continental shelf, situated south of Cape Agulhas.

The best place to dive with the shoals is in the Wild Coast, in the waters in front of Port St. Johns.

The whole migrations happens every year, depending of many factors, one of this is the water temperature, from May through July.

The best time, where you have more chances to live the Sardine Run is between the end of June and the beginning of July.

Why it is so special

The shoals of sardines along the coast attracts many different species of predator. While in the Sardine Run you can see:

Bait balls are the main reason for many divers to join the Sardine Run.

Dolphins round up the sardines into bait ball by swimming around the sardine and relising bubbles, this scares the sardines and pushes them to the surface.

These bait balls are formed by thousands of sardines and can be 10–20 metres in diameter and extend to a depth of 10 metres.

Once the bait ball is formed all the the other predators take advantage of the opportunity. The average lifespan of a bait ball is around 10 minutes.

As we mentioned above the bait balls are the main attraction for many divers but, in my opinion, what is really amazing about being at the Sardine Run is the quantity and diversity of sea life that you can see. We’re stated to call this experience Seafari because it is very similar to a safari but is done in the sea. Everyday that you’re out on the boat everything can happen and everything can be seen.

Every year we organise the Sardine Run for a small and selected group of divers. The most expert guides, the best lodges and the most exclusive activities are waiting for us in South Africa.

A selection of the best pictures we took during the various Sardine Run. 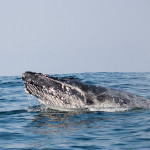 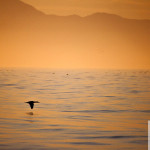 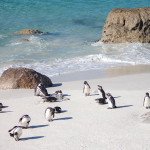 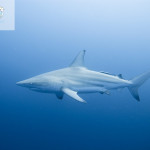 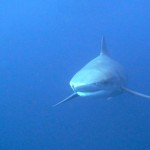 A bull shark in South Africa 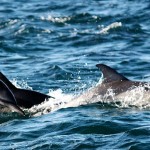 The video we shoot at the Sardine Run.

It’s Sunday morning, day one. The alarm clock shows 6.00 am and its beeping makes it very clear that it’s time to get up. It’s still dark outside, the coffee fragrance is in the air leading u ...keep reading

Fit for a Nature Documentary: Amazing Migrations You Can Personally Experience

With our vast access to nature-themed channels, documentary specials and a plethora of self-made online videos, the incredible feats that animals are capable of can often seem mundane. So let’s put ...keep reading

Read the articles via RSS